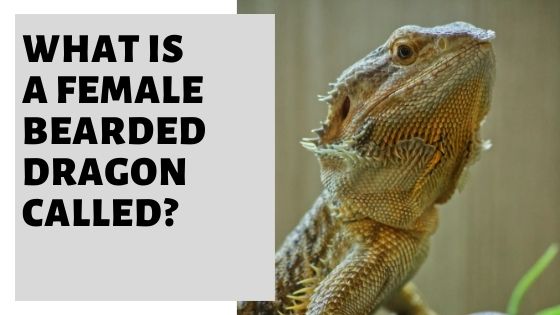 Are you looking to refer to a female bearded dragon? Are you not sure what to call them? Well, interestingly, there is not much to learn here. This is why.

And there is one other context where they may be called something different.

And that’s just after they have been born.

Bearded dragons, of both genders, are often called Hatchlings.

Other than that you’re mostly just going to want to call them female, or ‘girl’ bearded dragons!

What is a bearded dragon baby called?

A baby bearded dragon is called a hatchling.

A female bearded dragon is typically smaller than a male. They also possess one single vertical bulge (above the cloacal opening and compared to a male’s two). Females also have smaller femoral pores, narrower cloacal openings and narrower tails.

What should I name my female bearded dragon?