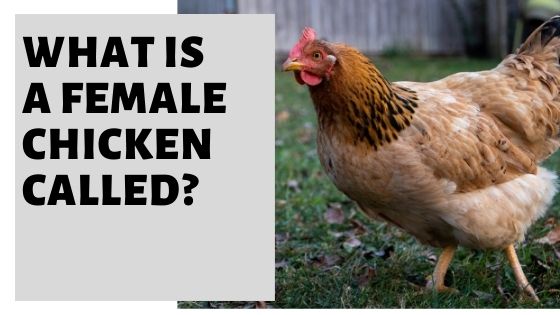 Are you interested in keeping chickens? Perhaps you just want to know how to refer to the female sex of the bird. Either way, what do you call them? Well, here are the terms in which you can use.

In fact, chickens have an entire glossary of different names.

Let us now take a look at a few below!

What are boy chickens called?

Boy chickens are called a cock or a rooster. Although, male chickens under the age of 1 are typically referred to as cockerels.

Is a chicken a female or a male?

Chickens can be either male or female.

What are baby male and female chickens called?

Baby chickens of either sex are called chicks or peeps.

What is an old female chicken called?

An old female chicken is called a hen. Sometimes they are also called Broody’s.

Are chickens all female?

Not all chickens are female. They can be both female and male, although most keepers generally keep females (and just hens exclusively).