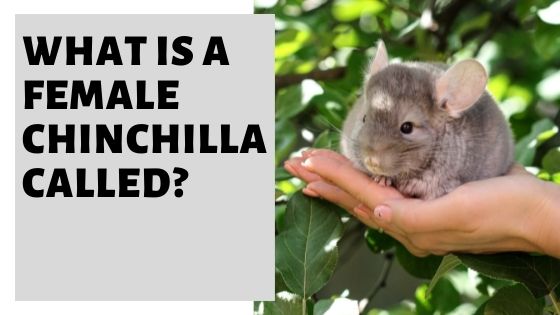 Most animals typically have a name specific to each gender. But what about chinchillas? What is the right terminology and collective noun to use for its females? Well, here is what you want to know.

So, what is a female chinchilla called? A female Chinchilla may be called a sow; although this does not appear to be a commonly accepted and unanimously used term. Often, they are just referred to as “female chinchillas”.

A sow would make sense though.

Especially if we look at what this term and how it is used across other species to describe the female.

Below you can see other animals where the female gender is referred to as a Sow:

What are baby chinchillas called?

Baby chinchillas are commonly referred to as kits.

What is a family of chinchillas called?

A family of chinchillas is commonly referred to as a herd. Herd sizes can range from groups of 14 chinchillas all the way up to groups of 100. Chinchillas live in groups for both social and protective reasons.

Are female chinchillas bigger than males

Female chinchillas are typically larger than males. Although age and individual variability can result in some males being larger than females.