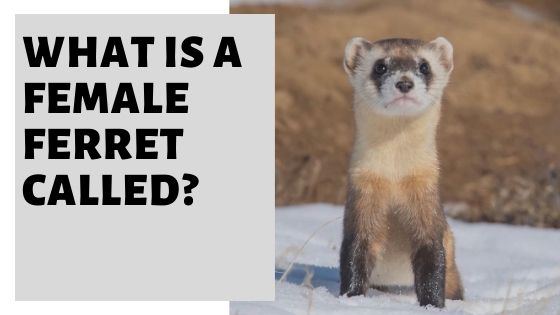 Are you wondering how to refer to a female ferret? Not sure what terminology you need to use? Well, you’ve come to the right place. Here is what you can say.

So, what is a female ferret called? A female ferret is called a jill, although if they have been spayed they are commonly referred to as a sprite. A ferret of either gender under the age of one year old is typically called a kit.

In fact, ferrets actually share the same terminology with several other animals.

For instance, the following females of the species also go by the name Jill:

What is a mother ferret called?

A mother ferret is called a Jill. This is the same for all females of the species and the name classification does not change after offspring.

What is a spayed female ferret called?

A spayed female ferret is called a sprite.

What is a ferret’s scientific name?

The scientific name of ferrets is Mustela putorius furo.