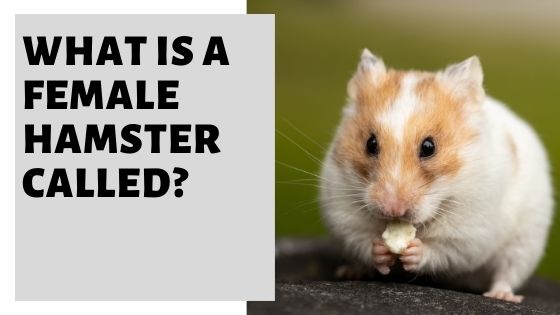 Are you wondering what the collective noun is for female hamsters? Not sure what terminology is right to use? Well, here is how they are commonly referred to.

And it’s not just hamsters where the females are called Sows.

In fact, they share this with a number of other animals.

Below are others where the females typically get called Sows:

So quite the collection and range!

And if you want to know what other animals share the name Doe, then check out the list below:

So if you compare the list, it’s easy to imagine female hamsters being described in both ways.

Besides, they are similar to mice and rats in a lot of respects, and they are also similar to guinea pigs in others!

What is a mature female hamster called?

A mature female hamster is called a Doe.

How to tell if a hamster is male or female

Males are typically friendlier and less aggressive than females. Males tend to be a better choice for young children and for those owners who would prefer to handle their pets more regularly.