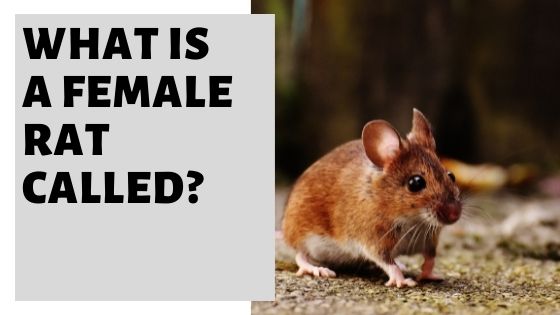 Do you want to refer to a female rat, specifically? Not sure what the right term to use is? Well, here is the terminology you need to know!

So, what is a female rat called? A female rat is called a Doe. However, they may be called a pup more generally when they have just been born or are still young. Pregnant rats are often called Dams, too.

Now, you might have actually seen this term be used to describe females elsewhere.

That’s because many other animals share this particular terminology.

The list below are some of those other animals and species where the term Doe is used to describe its females:

What are baby rats called?

How big do female rats get?

Female rats typically reach between 16″-18″ in length (including the tail) and weigh between 0.55 and 0.66 pounds (250 and 300 grams), on average. Although different breeds, wild vs captive, diet, and genetics all impact final size.

How to tell male from female rats

The best way to distinguish males from females is to check for genitalia. To do this, look at the underside of your rat, under the base of the tail. Male rats have visible testicles.