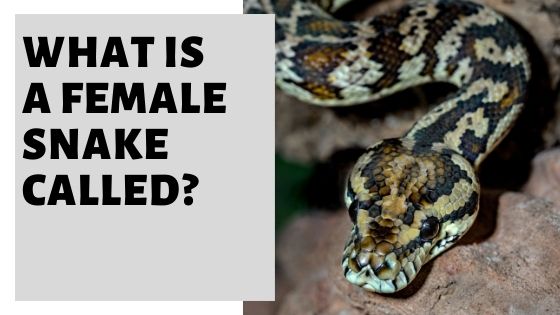 Are you wondering what term is used to refer to female snakes? Want to know what you can use in a conversation or to explain their sex and gender. Well, this is what you’re going to want to know.

There is one potential instance where you could call them something different.

Do snakes have genders?

Snakes do have genders and possess different reproductive organs. Males possess hemipenes (unlike females). These are tubular-shaped organs that are situated inside the snake’s body just below the cloacal opening.

How can you tell a snake’s gender?

The clearest way to tell a snake’s gender is by looking at the shape and size of its tail. Male snake tails are usually thicker and longer than females.

Are male or female snakes bigger?

Female snakes are often bigger than male snakes. This has been observed in an estimated 65% of snake species.

Are cobras male or female?

Cobras can be either male or female.