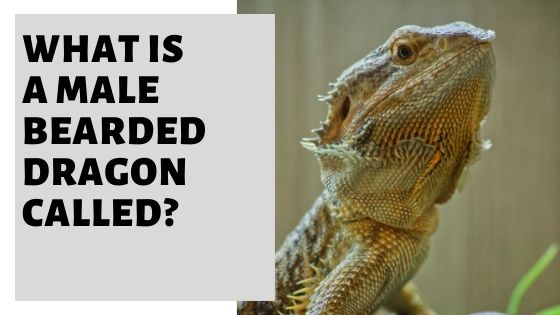 Do you want to refer to a male bearded dragon? Not sure how you should do so? Well, you’re going to be surprised to find this out!

Now, there is one other potential context where they may be called something else.

And that’s after they have hatched, or while they are still very young.

In that case, they may be called a hatchling(s).

Just as female bearded dragons would.

Other than that you’re most likely just going to want to call them a male, or ‘boy’ bearded dragon!

Bearded dragons can change gender, but only during a specific time during incubation and if they are exposed to high temperatures. Once a bearded dragon has been born, it cannot change gender.

How can you tell if a bearded dragon is male?

The clearest way to tell a bearded dragon is male is to look at its underside. If you can see two hemipenal bulges, it’s a male. Females on the other hand only have one singular center bulge. Males also tend to have enlarged femoral pores, bigger heads and thicker tails.