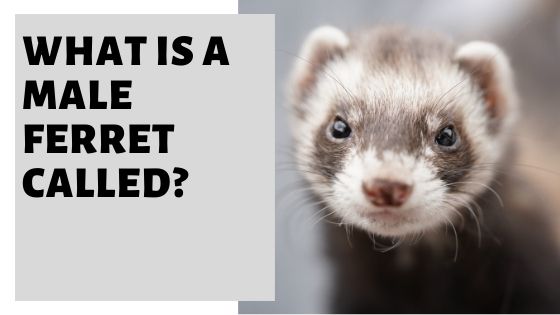 Are you looking for the right term to use for describing a male ferret? Well, this is the word to can use that is commonly accepted and understood.

So, what is a male ferret called? A male ferret is called a Hob or a Jack, although if they have been neutered they are commonly referred to as a Gib. A ferret of either gender under the age of one year old is typically called a kit.

For instance, both male polecats and weasels are called hobs (and gibs when spayed too)!

Is a male ferret called a jack?

Male ferrets are sometimes called Jacks. Other terms used to describe them are Hobs or Gibs (if neutered).

Baby ferrets are not called pups. Instead, they are called Kits.

Male ferrets are sometimes considered nicer; as they are generally less aggressive than females. However, ferrets of either sex share many traits; they are typically active, playful, and inquisitive and aggression may not be shared by all.