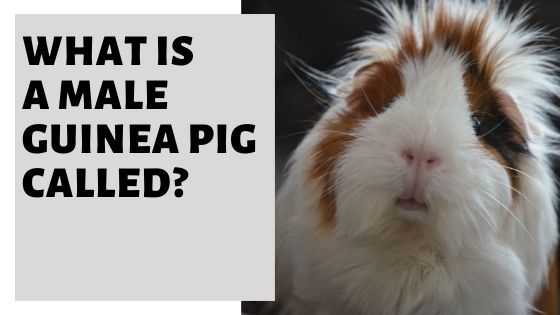 Do you want to refer to a male Guinea Pig? Are you not sure what collective noun is right to use? Well, here is the right terminology!

So, what is a male guinea pig called? A male guinea pig is called a Boar. However, they may be referred to as a pup following birth or while still young (this name is also used for baby/young females too).

A Boar; sounds quite intimidating almost doesn’t it?

But it’s not just used to describe male guinea pigs.

In fact, the term Boar is used to describe the males in the following animals, too:

What is a neutered male guinea pig called?

A neutered male guinea pig is called a Boar. There is no other term used to differentiate them from other, non-neutered guinea pigs.

Male guinea pigs look like female guinea pigs, although they tend to be a little bigger. At the same time, they possess visible testicles and scrotal pouches that resemble an ‘i’ shape.