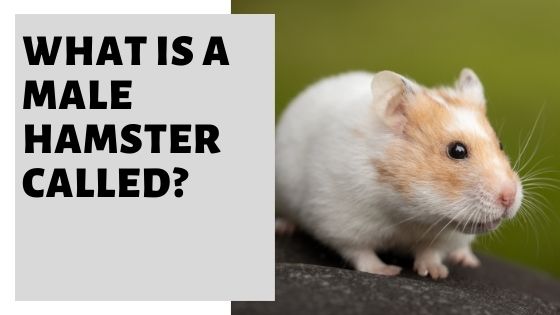 Are you looking to refer to a male hamster? Wondering what the correct collective noun and terminology to use is? Well, here is the term to go with.

So, what is a male hamster called? A male hamster is called a Boar. Although, they may also be referred to as a Pup if they are still young (just as would female baby hamsters).

Well, that’s probably because you associate this term with much larger animals.

In fact, this is the term used to describe the males of other animals, too. Which perhaps may describe the familiarity.

Either way, Boar is the term used to describe the males in the following animals

Below are others where the females typically get called Sows:

What is a neutered male hamster called

A neutered male hamster is called a Boar. This is the same term used to describe all male hamsters; there is no separate words used to differentiate them.

What is a group of hamsters called?

A group of hamsters is called a Horde.

Male hamsters are generally considered friendlier and less aggressive than their female counterparts. However, there can be individual variance and no guarantee that a male will always be friendlier than a female.