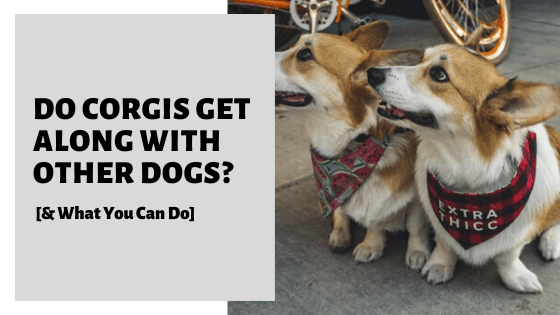 If you have recently adopted a corgi, or are considering adding one to your family home, you will be interested to learn about how this breed behaves with other dogs? Do they do so naturally, is it effortless, or will it require some work to build up their social skills? I decided to conduct some research into the topic which I would like to share with you today.

Certain animals thrive better when they are the sole recipient of attention. But what about corgis? Let us now explore this topic further to take a look at some of the considerations which impact how a corgi interacts with its neighbors.

Although they all look strikingly similar (and the Kennel Club originally lumped the two together), there are two, distinct types of corgi.

The two variations are known as the Pembroke Welsh Corgi and the Cardigan Welsh Corgi.

As their names suggest, both of them originated in Wales, in towns not too far from one another. While corgis have been around for a long time (literally thousands of years), it was only during the 1930’s that corgis first entered the United States.

Although there has been some cross-breeding over the last couple of hundred years, there are some indicators to help you differentiate between the two. Pembroke Corgis have little nubs for tails and generally, pointy ears. Cardigan Corgis tend to have rounded ears and a distinct longer tail. Other differences include bone structure, body length and general size. Cardigans are actually larger of the two breeds.

Historically, corgis were bred with a specific purpose in mind. They were working dogs used to specifically herd cattle and other lifestock. They are of often referred to as “heelers” due to how they used to nip at cattle and lifestock as part of the herding process and to keep them on the move.

Today, corgis are mostly domesticated family pets, but they still have that working dog spirit of their ancestors.

What Is A Typical Temperament Of A Corgi?

Temperaments are an estimation of what you can expect from a breed’s behavior based off of a collective average. Certain factors of their selective breeding make the chances certain behaviors will be expressed more likely.

For example, a Saint Bernard is more likely to have a compassionate and protective personality. This is due to the fact that humans purposely chose to bred dogs that expressed those specific traits for several generations in order to make their collective breed fit for the profession of being a rescue dog. Just as physical attributes are inheritable, personality traits are as well.

Corgis are renowned for being loyal dogs, but they are actually very strong-willed and stubborn. This is no real surprise when you consider their ancestry, as they need to take on a leadership role during their working days.

That being said, corgis are generally very happy dogs, fun-loving, attentive and also playful. They are quite cheeky and love to ‘entertain’ their owners.

With this in mind, it also naturally follows that they are harder to train than other breeds.

As you can imagine, they can be known for getting themselves into a bit of trouble, but that doesn’t change the fact they can make amazing pets. They do need to be watched a bit though.

Corgis thrive when they are at the center of attention. They will also like to be a part of everything that you and your family do. In this way, you will actually find that they are keen to please. With an abundance of energy, you need to ensure they are getting plenty of exercise in order to effectively tire them out.

Corgis require discipline and dog training early in life. Otherwise, they can soon attempt to disrupt the balance of authority. There are a lot of reports of corgis acting up or pleasing themselves and becoming stubborn in the process. They can be hard to manage and can soon become dis-obedient and neglect commands.

You’ll want to avoid this and take control of this as soon as possible. Otherwise it will only become increasingly more difficult and hard for you and your family to manage them. Without proper training, they can proceed to do what they want and when they want to.

Getting a safe training collar is a trusted and recommended solution that thousands of dog owners use (from the advice of training institutions) to overcome behavior problems and nip them in the bud early. 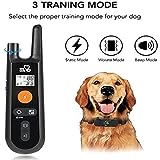 While these are important considerations, Corgis are naturally a loving dog and are rarely outright harmful to their owners.

Do Corgis Get Along With Other Dogs?

Being aware of their temperament and with all the considerations in mind, how do corgis typically behave around other dogs?

Some corgis will naturally get along with other dogs, whereas others can develop good relationships over time.

The other dogs do not necessarily have to be corgis or raised in close proximity to them, but it certainly helps. In general, animals that are raised together are more likely to be friendly and comfortable with one another.

This is why siblings raised from a young age can really develop a companionship over time. You must also remember that corgis are not aware of these concepts like humans. They can’t be told “hey this is your sibling” and understand there is supposed to be some blood bond.

However, regardless of how your corgi greets and is around other dogs, it is important that you socialize and train them with other dogs from a very young age.

If you have other dogs or cats as pets already, this will be easier to do. If not, you will need to actively pursue opportunities to socialize them.

Either way, it is going to take some time and you should be prepared for situations from arising from the outset.

For example, Corgis can get aggressive with dogs. This generally happens when they are around other dogs that they are not familiar with. In this kind of scenario, corgis attempt to take the lead and dominate the relationship, so will not back down which can escalate into a fight.

This is not just limited to dogs. Corgis may even chase and bark at other animals until they leave, attacking is not uncommon.

Naturally, corgis will have an instant affection to other livestock and will tend to be friendly with them from the very outset. This is of course due to their long history with them.

With corgis, you can socialize them to behave nicely with any animal so long as you enable them to slowly build a relationship and learn about one another.

For the most part, corgis are friendly, and only resort to violence when they feel under threat. For this reason its important to watch over and consider other dogs when they are around them.

Of course, this depends on the individual personality and unique temperament your corgi. You can have a corgi that is naturally a little aggressive, even if you have done everything right from the outset.

Every dog is unique and everyone has their own special experiences with their pets. Even between the same litters you can expect a whole plethora of different behaviors.

Can you force your corgi to develop a companionship with another dogs or animals? Not always, or it may require significant effort. This can be frustrating and difficult, especially if you own two different pets that do not initially see eye to eye.

This is something important to note if you plan on trying to bring another pet into the mix. Don’t be surprised if your pet doesn’t warm up right away. And when one animal is already getting nippy and aggressive, don’t be surprised when the feelings and actions of animosity are returned.

While you cannot force your pets to lovingly play with one another, you can certainly improve their relationships to where they are at least civil through appropriate socialization and training.

Do Corgis Get Along With Cats?

The same can be said about cats. The relationship that a corgi is expected to have with a cat is strained at first but in time, they can adapt.

This also has a lot to do with training and regularly and carefully getting them to spend time with one another.

If you do experience a tension between your corgi and your cat, don’t always assume its your cat.

Your playful and energetic corgi may annoy your cat. Even if they mean it with the greatest affection, a corgi can inadvertently stress out a cat through the way that they are. If this happens, a cat my become aggressive.

Cats are for the most part relatively calm and will not actively seek out harm to your corgi.

How To Make Your Corgi More Social With Other Animals

If you notice that your Corgi is having problems meeting new dogs and animals, you can consider taking them to a professional trainer. These people are experienced in efficient and effectively methodology.

If you want to try to do it yourself, and don’t see their reluctance as too much to handle, it is always a good idea to do this as early as possible and to also wean them into socialization.

Don’t force your animals to be friends. Instead, gradually let them acclimate to each other. In the beginning, never leave them alone together in a room and always keep yourself at arms distance just in case.

Discipline your pets when they exhibit unwanted, aggressive behavior, but try to be patient. Remember, violence does not solve violence. Also, this is just the animal way of expressing their discomfort. They are not trying to be harmful for no reason.

With proper training, most animals will start to exhibit healthier and friendlier behaviors in little time. Every pet is different and it’s important to note that some pets are faster to get better than others.