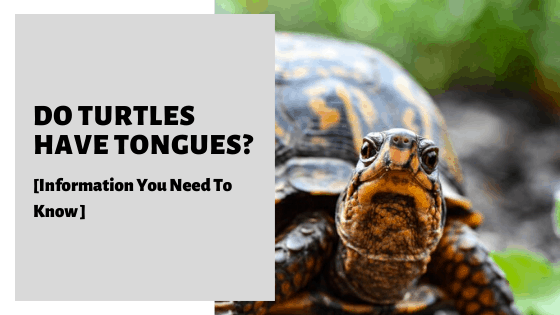 If you are new to turtles, then you will likely have some questions regarding their anatomy. What about their mouths, do they have tongues? These are the kind of questions any new potential owner is willing to face and it is important to know what to expect.

If you own a turtle; it’s pretty much essential that you are familiar with the species. That you understand their unique characteristics, and most importantly; their needs and preferences.

Let us now expand on turtles, their tongues and what they use them for in the following sections.

We’ll be looking at some of the most common species and some interesting facts along the way. We will also be covering whether turtles have teeth so be sure to continue reading!

What Do Turtles Use Their Tongues For?

Turtles mostly use their tongues for eating and respiration, but not all turtle species do. It is therefore this distinction, and the way in which they use their tongues that is rather interesting and differs from other reptiles and amphibians.

Unlike most reptiles, turtles cannot stick their tongues out to catch food.

Mature turtles spend most of their time underwater, but, young turtles will venture out onto dry land to search for food.

When young turtles discover food on land, they struggle to eat their find, it’s only by dragging their food back into the water that they can eat.

The reason why young turtles struggle to eat food on dry land is due to the structure of their tongues. So instead, their tongues are used purely to help swallow the food.

In fact, some species of turtle do not use their tongues for eating at all.

In the musk turtle, the tongue is used as an aquatic respiratory organ and not for feeding. Their tongues are tiny and lined with specially designed buds.

These buds are called papillae, and these cells allow them to breathe, by drawing in oxygen from water. Their tongues are weak and small, which explains why they don’t use their tongues to eat.

For the musk turtle, they primarily use their tongues to exchange oxygen. This explains why these turtles can remain underwater for long periods.

Musk and other turtles with this anatomy breath through their skin and that is how they can remain submerged.

Their skin is quite thick compared with other species. Experts believe that the only reason that musk turtles can survive so well is because of their tongues.

Other species can’t breathe underwater and cope using specialized cavities in their rear, called cloacal bursae, this draws in water and removes oxygen.

It’s because of these cavities that these turtles can remain submerged for long periods, sleeping and hibernating. Musk turtles, however, do not have cloacal bursae.

A very interesting adaption can be found in the Alligator snapping turtle species. These use their long, worm-like tongues to lure fish into their jaws and eat.

These species wait for an unsuspecting fish to pass by, camouflage their tongue and entice their prey to enter their mouths.

Do Turtles Have Teeth?

Some prehistoric turtles had teeth, but, turtles today do not have teeth.

Turtles use their pointy beaks to bite and peck. If you ever watch a bird closely while it’s eating a worm, a turtle uses their beak in much the same way.

While technically, turtles do not have teeth, hatchlings have a specialized projection on their mouth which are quite similar.

This is to help them break through their eggshells in the early stages of life. All reptiles are born with this projection. After turtles are born, they have no further use for this “egg tooth” and it usually wears off after a few weeks of their birth.

When you think about it, it seems strange that scientists have categorized and classed turtles as reptiles. Turtles have beaks similar to birds, who also have no teeth. This is of course unlike alligators, that have teeth yet are classified as reptiles.

However, considering that the earliest turtle ancestors had teeth, and quite impressive teeth at that, we can see how the scientists came to their conclusions.

Despite being different from present-day other reptile species, modern turtles are descendants from the same most common ancestor in reptilia, which is another reason that could explain why turtles are classed as reptiles.

Aside from beaks, turtles have bones in their mouths that are pointy (ideal for tearing) and ones that are knife-like ridges for grinding their food. Generally speaking, turtles are not a threat to humans and they are generally slow.

However, if they felt provoked they are likely to go for you, so be careful if your hands are in close proximity to their mouths.

Not all turtles are capable of biting, the matamata, for example, hoovers up its food. Hawksbill and snapping turtles do have pointy beaks which are ideal for tearing fish into smaller pieces.

Herbivorous turtles have serrated jaws for eating fruit and vegetables. They have mouths to suit their specific dietary requirements.

If a turtle feels scared or threatened, they are more likely to attempt to flee, as opposed to trying to defend themselves.

However, if pushed too far they will bite, and turtles can do quite a bit of damage to human skin. This is why as a turtle pet owner you should always be gentle with them and treat them carefully.

Alligator snapping turtles, in particular, have very powerful jaws that are capable of biting through to the bone.

Hence their name, but they are not often kept as pets and generally speaking they are not a danger to humans and they are not outright killers. They seldom behave aggressively, biting is normally done out of self-defense.

Although, It’s not unheard of, for a snapping turtle to tear off a person’s finger or toe, thinking it’s a fruit.

If you are around wild turtles, it’s in your best interest to wear sensible footwear that guards your toes well.

We’ve established that turtles have tongues but no teeth; they rely on their specially designed mouths to help them to eat. So, you must ensure to keep their mouths healthy.

The two main issues that affect turtle mouths to be aware of are:

When a turtle is stressed, their immune system suffers. If it is sufficient enough, the turtle will be unable to fight off bacteria. One part of the body that gets badly affected, is the mouth.

To help prevent your turtle from being affected by mouth rot, you must ensure that they are living in a clean environment, with the correct temperature and humidity levels set up.

Turtles can also become affected by mouth rot if they are not fed the correct diet, and if any damage is done to their beak/mouths.

If you notice any of the following signs, take your your turtle to a vet immediately: 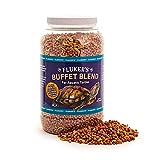 Turtles need their beaks to tear and crush food down.

An overgrown or abnormal beak impedes their ability to eat and can lead to their immune systems being compromised.

If you notice any of the following signs do contact your vet immediately:

Do turtles have tongues? They certainly do, and it’s interesting to learn what they use them for. Their mouths are amazing and capable of doing so much, even without teeth.

It is up to us as their owners to ensure that they are well looked after so that they can continue to have healthy beaks for a very long time. This is true whether you own a terrestrial and/or aquatic turtle(s).

Looking to learn more about turtles? My following guides may be of interest: